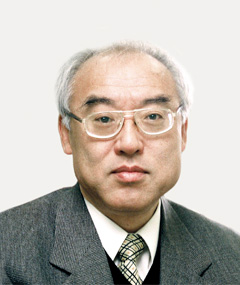 Prof. Choong-Ki Kim has been engaged in the research of semiconductor devices and integrated circuits for over two decades. The results of his research have been recognized internationally. He has also made substantial contributions to the development of Korean semiconductor technology. Prof. Kim conducted research on Charge Coupled Device(CCD) at the Fairchild Research and Development Center in the United States after obtaining his doctorate from Columbia University. Then he succeeded in developing the world`s first CCD Linear Image Sensor. Since 1975, he has been with the Korea Advanced Institute of Science and Technology, teaching about semiconductor devices and integrated circuits.

He also conducts research on various aspects of semiconductor technology. He has thus contributed greatly to building a solid foundation for Korea`s semiconductor industry. Dr. Kim formed shallow junctions of about 0.1㎛ with domestically assembled equipment for Rapid Thermal Processing(RTP), among other notable achievements. This technology constitutes an essential part of high density memory products beyond 16M DRAM. He also succeeded in developing Mercury Cadmium Telluride(MCT) diode for the detection of 3-5 ㎛ infra-red radiation. This paved the way for developing the thermal image sensor in Korea.